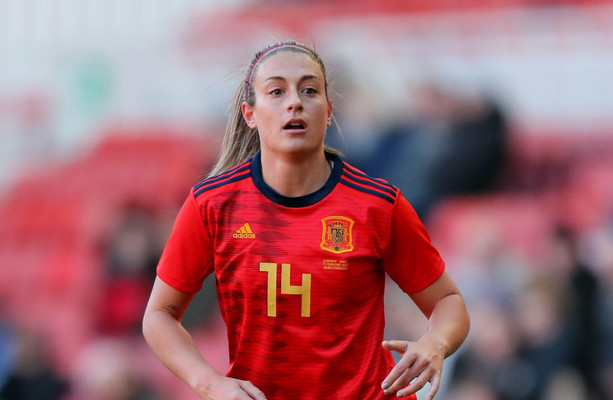 SPAIN ARE SWEATING on the fitness of Ballon d’Or winner Alexia Putellas on the eve of Euro 2022.

The tournament kicks off tomorrow night in England, when the hosts face Austria at Old Trafford [KO 8pm, live on RTÉ and BBC].

Spain, one of the favourites for the tournament, open their bid against Finland on Friday in Milton Keynes, though could be dealt a significant blow in the coming days.

Star player Putellas’ involvement is in doubt after the Barcelona midfield maestro sustained an injury in training today.

A statement from Spain this afternoon read: “Alexia Putellas suffered a sprain in her left knee during the session on Tuesday, July 5.

“Medical tests will determine the extent of the injury.”

Putellas is the heartbeat of this Spain team, made up of mostly Barca and Real Madrid players. She pulls the strings and makes them tick, so her absence would be devastating for their Euro hopes.

Spain — who will face record eight-time champions Germany and 2017 runners-up Denmark in Group B after the Finns — are also without injured star forward Jennifer Hermoso.

Hermoso, who recently signed for Mexican club Pachuca from Barca, was ruled out of the tournament last week with a knee injury suffered shortly after joining up with the group.