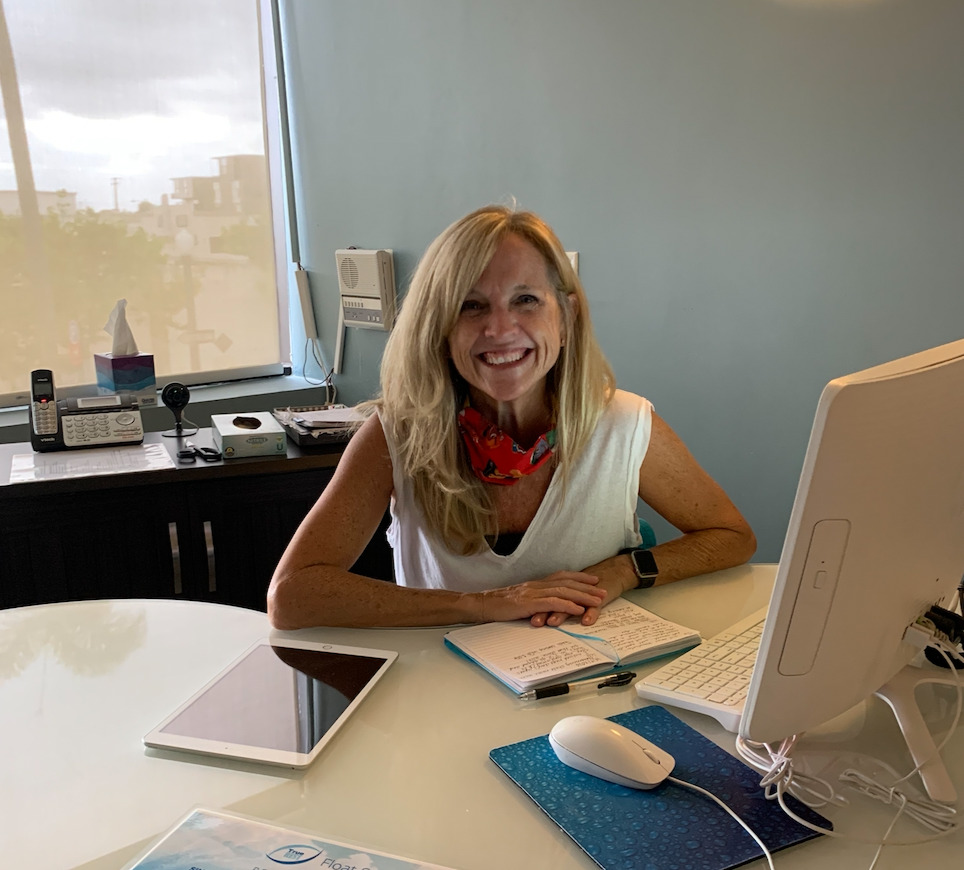 Suellen Rowe has been part of the Coronado community for thirty years. It was in 1992, when Suellen had her first child, Mandy, that she began prioritizing her fitness with Coronado’s Aerobic Body Works. A couple years later, the military owners of Aerobic Body Works wanted to sell the business when they relocated. Suellen approached her husband, Jimbo Rowe, and told him that she had finally found a great fitness place and didn’t want to lose it. Jimbo encouraged her to get certified in fitness training and purchase the business. It seemed like a crazy idea, but she took the leap of faith and moved forward with the business. Later, Suellen was approached about personal fitness training so she pursued certification in that as well.

Now, in 2022, Suellen has been personal training for 20 years and currently runs her class Step with Suellen at Martial Arts America in Coronado on Monday, Wednesday, and Friday from 8:15-9:30 am. Suellen shares, “I have an amazing group of women and everyone is so friendly and welcoming, the class is a lot of fun!” The class is all fitness levels and you can reserve a spot by texting Suellen at 619.820.3611.

Over the years, Suellen has built up her fitness class while being a mom of four. Her daughters, Mandy and Mackenzie, both graduated from Francis Parker, while her twin sons, Charlie and Billy, graduated from CHS in 2016. As many moms have experienced, Suellen had to make a number of schedules work with her kids, her husband, and herself. Through the Coronado community, Suellen created creative solutions, beginning with childcare at her fitness center. Suellen had a childcare room open when she was instructing and moms would each take a day watching the children in exchange for membership. “A lot of my kids’ best friends were made there. It was a little hectic but we made it work.” Suellen also shares that some of those same kids have now come back and taken her class as adults!

Another way Suellen made it work was babysitting co-ops. “I tell young moms that the trick is relying on friends. The co-op we had was 8-10 moms and we would all take turns so that we could go to work, run errands, etc. There is always a way to make it work.” When her kids got older, there were new challenges. She says that there was a lot of sharing of duties between her and Jimbo, with him driving the kids to school in the morning so she can teach her class and her picking them up in the afternoons. Teamwork with her husband and friends helped Suellen accomplish her goals personally and professionally over the years.

Jimbo became an owner of True REST Franchising in 2014 and opened True REST San Diego in 2016. Their daughter Mandy joined the franchising team in 2015 and assisted in the operations of the San Diego float spa. When COVID hit, Suellen’s fitness classes slowed down, “there were some clients who did not feel comfortable coming in for classes anymore.” This freed up her schedule so when she was asked by Jimbo and Mandy to run True REST San Diego, she took the leap of faith again and said yes. Suellen smiles, “I did not know how hard or how rewarding running a float spa was going to be.”

Her joy comes from both seeing happy clients and also mentoring a younger staff. “When members come out of their float, they are so relaxed. A lot of my job is sitting and talking with them. Some have chronic pain and want to share how much this has helped them.” Of managing her team, Suellen reflects, “A lot of them don’t see themselves as sales people but love being in the spa. Coaching them through it and watching their progress and how it changes how they see themselves is rewarding.” Suellen has had many Coronado teenagers work in the spa on their summers home from college, continuing to integrate the Coronado community in her endeavors.

True REST helps veterans and active military by donating free floats on the 11th of each month – every month. They are also running their Fathers Day sale through Sunday, June 19th, a three float package for $139.

The Coronado Times welcomes ‘Queens of Crown City’ suggestions from our readers of local women to profile. Email your nomination here.