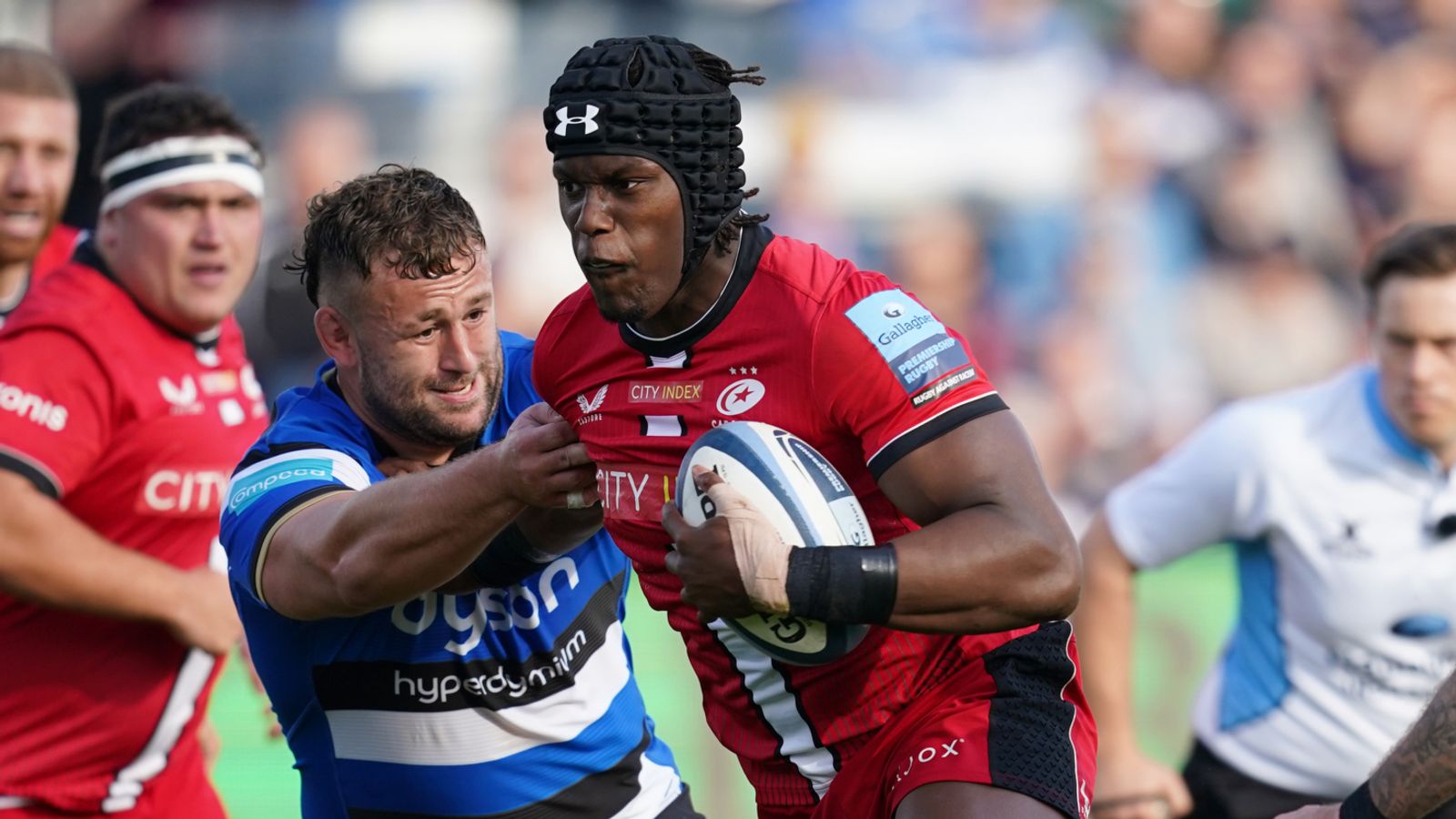 Saracens boss Mark McCall said Maro Itoje suffered a “very minor shoulder injury” in the win over Bath but will play against Wasps on Sunday; McCall backs the Vunipola brothers, Billy and Mako, to force their way back into the England squad

Maro Itoje hurt his shoulder during Saracens’ win at Bath

Maro Itoje has been passed fit to play for Saracens on Sunday, providing England head coach Eddie Jones with a welcome boost.

Itoje scored one of his side’s 10 tries in last weekend’s 71-17 mauling of Bath before being forced off, but has been cleared to face Wasps in the Gallagher Premiership.

Jones has already lost Luke Cowan-Dickie and Anthony Watson for the entire Autumn Nations Series due to injury, with Jamie George replacing Cowan-Dickie in the squad having previously being omitted along with Saracens team-mates Mako and Billy Vunipola.

McCall, who said after the win against Bath that he would be “amazed” if his trio of players were overlooked by Jones for the fixtures against Tonga, Australia and South Africa, believes the Vunipola brothers are determined to force their way back into the national side.

Please use Chrome browser for a more accessible video player

“They are playing really well and they’ve still got the bit between their teeth,” said McCall.

“There’s still a hope for them that they can make their way back into the England squad and they want to try to do that, try to get back into the Six Nations. They’ve got to continue their good form.

“They are unbelievably competitive rugby players and I think they’ve proven that for a long time, not only at the highest club level but at international level as well.

“I think that anybody who saw their performance at the weekend – and in Billy’s case the weekends before that – would know that Billy’s somewhere near the best he’s played.

“I think that’s really encouraging that Billy’s had a full pre-season for the first time in a long time and is in the best shape he has been for a long time. He’s enjoying his rugby, playing really well and I think Sunday was one of his best games for a long time.

“Mako had a hugely influential game, so for the two of them I can say all you want me to say, but actions speak louder than words and I think they demonstrated on Sunday first of all how good they are and also how much it means to play at the highest level and push themselves hard.”