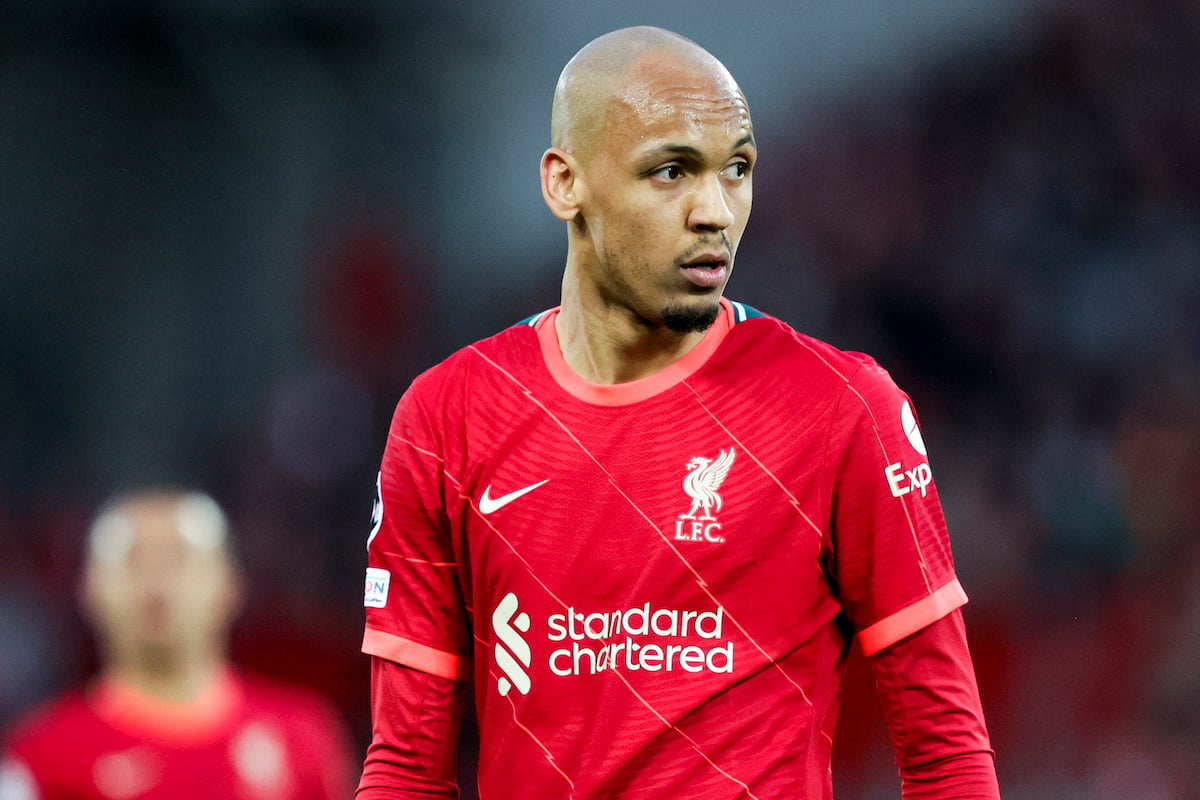 Liverpool star Fabinho will be fit and firing for the Champions League final against Real Madrid next Saturday (28 May).

That is the view of medical expert Ben Dinnery, who runs the Premier Injuries site and has a background in medicine data analysis.

As quoted by the Liverpool Echo on Monday (16 May), Jurgen Klopp revealed that the Brazilian midfielder is “progressing very well.”

In a new twist, The Athletic reported the same day that physiotherapist Christopher Rohrbeckis set to return to Anfield with immediate effect two years after his departure.

It is understood that the German has been brought back to help Fabinho, Virgil Van Dijk and Mohamed Salah with their injuries ahead of the final in Paris.

And Dinnery suggests that Fabinho could now even return in the Merseysiders’ final league game against Wolves on Sunday (22 May).

“By the time the Champions League final comes along, he will have been out two and a half weeks,” he told Football Insider’s Adam Williams.

“You can’t even rule out the chance of him featuring this weekend.

“Will he be sharp? Ideally, you want to be in control of his minutes. But the fact it has only been16 or 17 days, I don’t think it will have a huge impact.

“He will be training and fully integrated with the squad ahead of that match.”

Fabinho has featured in all 12 of Liverpool’s Champions League matches this term.

His 47 appearances in all competitions have yielded eight goals and one assist.

In other news, Jurgen Klopp slammed by pundit after “nonsensical” Liverpool comments.