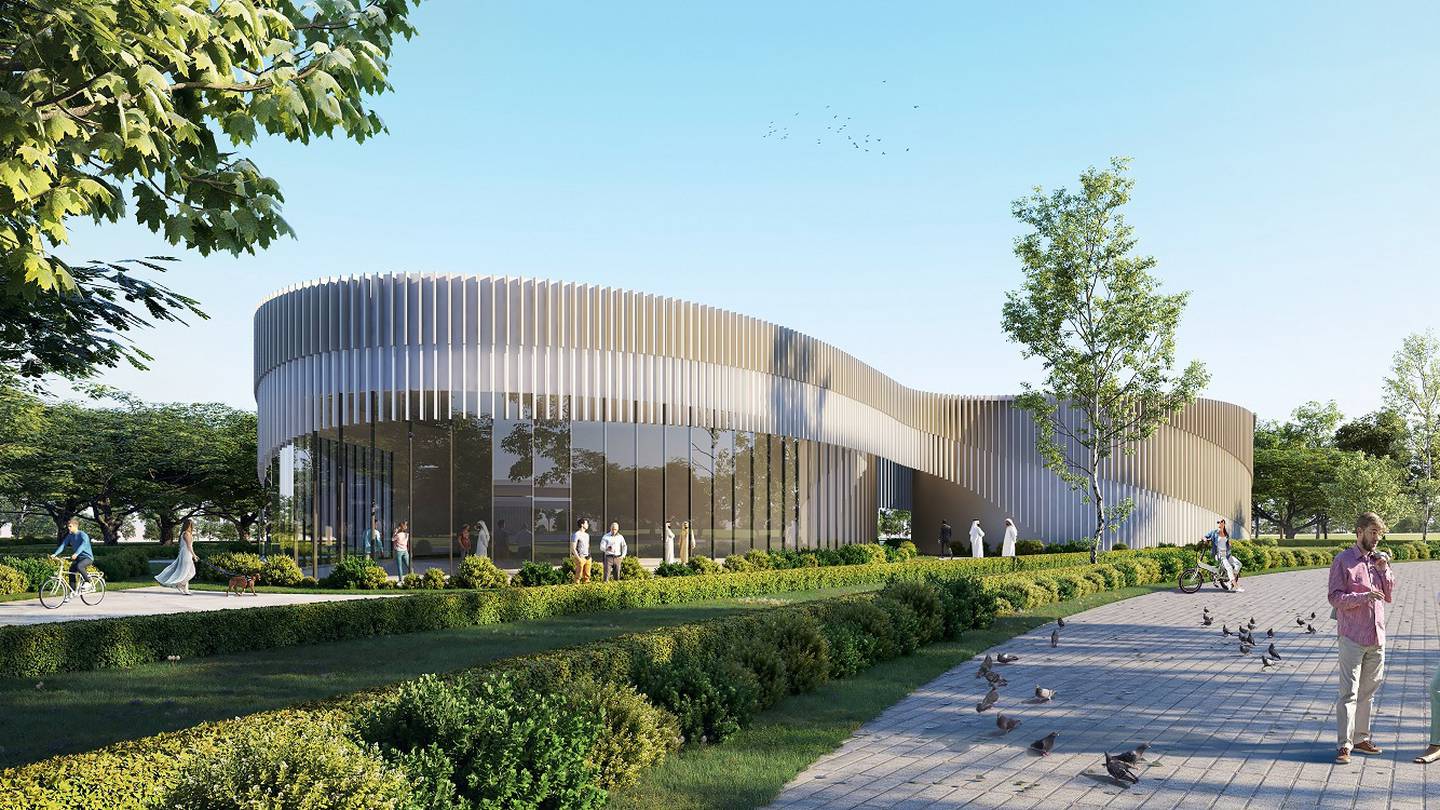 The contract, valued at Dh75 million ($20m), was awarded to Dubai-based RAQ Contracting, the company said in a statement on Thursday.

The construction of the 65,000-square-foot fitness centre at Madar family entertainment district within Aljada is expected to be complete in 12 months. Work on the project began in May.

The gym will be operated by Wellfit, a fitness brand founded by Arada in 2021.

“Wellfit is rapidly establishing itself as the UAE’s premier fitness and wellness brand, and this … new fitness hub is in line with our mission to enable healthy and active lifestyles for everyone in both Aljada and Sharjah,” Ahmed Alkhoshaibi, group chief executive of Arada, said.

The gym will be operated by Wellfit, a fitness brand founded by Arada in 2021. Photo: Arada

The contract also covers the construction of all buildings within the second phase of Madar as well as an 18,000-square-foot trampoline park that will be managed by Australian brand Bounce.

The award of the new contract comes as Arada, a joint venture between KBW Investments ― a company controlled by Saudi Arabia’s Prince Khaled bin Alwaleed ― and Sharjah-based Basma Group continue to launch new projects, as the UAE’s property market bounces from the coronavirus pandemic following government initiatives such as residency permits for retirees and remote workers, as well as the expansion of the 10-year golden visa programme.

Earlier this month, the company unveiled the third phase of its Dh8bn residential project named Masaar in Sharjah amid strong investor demand.

The new fitness centre contains separate men’s and women’s gyms, assessment areas and studios, with space allocated for Mixed Martial Arts, yoga and a special studio dedicated to children, according to the company.

The facility will also have a cafe and a sporting goods store.

The second phase of the project consists of the second and third extensions to the Aljada Skate Park, additional parking space and a further 460,000 square feet of parkland, as well as the Wellfit gym and trampoline park.

Spread over a 24-million-square-foot area, Aljada is Sharjah’s largest residential project with a number of residential districts, as well as retail, hospitality, entertainment, sporting and educational units and a business park. In total, Aljada will have 25,000 homes when the project is completed by 2025.

The developer, which is targeting 25 per cent sales growth in 2022 to Dh3bn on the back of the UAE’s property market recovery from the pandemic, raised $350m when it issued a five-year sukuk earlier this month. The dollar-denominated Islamic bond is listed on the London Stock Exchange.